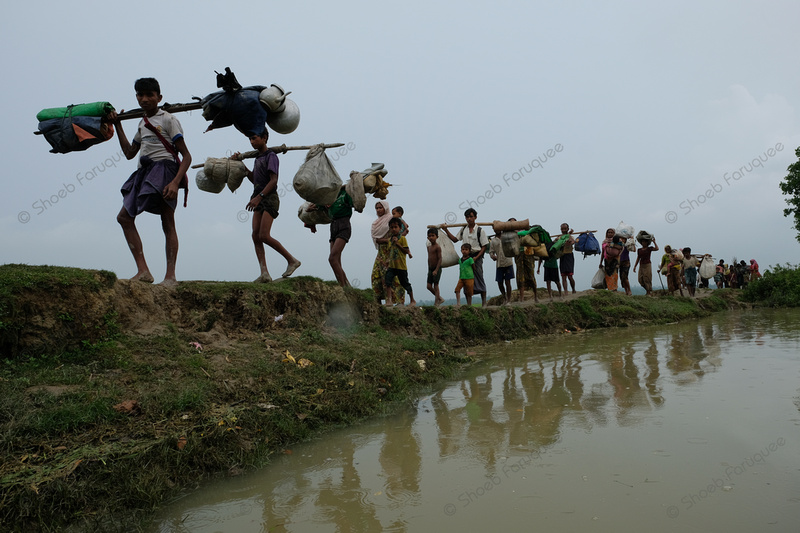 DSCF8640Rohingya; A tale of brutality by a Noble peace laureate

Rohingya; A tale of brutality by a Noble peace laureate

Visitors 57
69 photos
With the lame excuse of a “so called” Rohingya rebel attack that killed 12 security forces, August 25, 2017, the Myanmar Military had launched "clearance operations" against the Rohingya Muslims in Rakhine state that left over 3,000 dead, many more injured, tortured or raped, villages burned; over a Million Rohingyas fled to Bangladesh. No journalists are allowed to visit Rakhine state of Myanmar to find out the fact that how those 12 security forces were killed for which Myanmar Army is cleansing this total Rohingya ethnic group from their motherland.

After military crackdown on August 25, 2017, Rohingyas started coming to Bangladesh in large scale. First few days many of them were coming through land border at Palongkhali of Ukhia,Cox`Bazer and Gumdum of Naikhangsari, Bandarban, Bangladesh as it was comparatively safe and close for them to enter into Bangladesh but in few days Myanmar army sealed all land borders by installing “Land Mine”, which is internationally banned, to make sure Rohingyas who already entered into Bangladesh, cant go back to Myanmar in future. Just to save lives, poor and helpless Rohingyas are now crossing Naf River at Teknaf with life risk and took shelter in Bangladesh mainland. As Myanmar army opens fire if they see Rohingyas try to cross river, they use small fishing boats to cross Naf River at dark at night which is extremely dangerous and by this time many boats were sink and couple of hundreds of Rohingyas were killed in the Naf River. When they can`t manage small boats even, they try to cross Naf River by swimming and most of them died because of hi-current in the river.

All Rohingyas are coming to Bangladesh, came through indescribable brutality by Myanmar armies from Rakhine state to till crossing Naf River. Some of them had to walk from 2 days to even 14 days and in between many women were raped by their own Myanmar Armies in front of their family members, many men and young’s were shot dead, most of them lost their all valuables as they were looted many times on the way to Bangladesh. There were many families came to Bangladesh who had walk for 2 weeks continuously carrying their old aged parents or wounded family members on their shoulders. In many cases 6 years old brother took 4 years old brothers on their shoulder and walked miles after miles with group to take shelter in Bangladesh as their parents were killed on the way. It’s a complete genocide.

By this time more than 1 million Rohingya people took shelter in Bangladesh in last 2 months and out of these huge numbers, most of them are old, infants and women and very few are young men. It came out from different interviews with Rohingya people that Myanmar army first killed all young men so that no one can protest their anarchies and can organize themselves to protest. Then they looted everything, put fire on their houses and raped women many times as their wish irrespective of age or anything.

Rohingyas are continuing to come to Bangladesh as Myanmar Armies increased their level of tortures with left over Rohingyas in Myanmar. Now they took over all Rongiyas lands, houses, businesses if there is any protest – they chop them into pieces, raping women ............ in short, Military dictated government of the country wants to expel its entire Rohingya population from their mother land Myanmar.

Close to 100,000 Rohingyas who were expelled from their own places and couldn’t manage to come to Bangladesh yet, took shelter in deep forests and mountains in close to Bangladesh borders to save their life. They are living there in absolute inhuman condition as they have no shelter, no food, no water to drink and actually have nothing but their life and are counting their days to death.

It’s an endless story of brutality by a noble laureate who was awarded the Nobel Peace Prize for 1991 for her non-violent struggle for democracy and human rights. According to the UN in 2017, the human rights violations against the Rohingyas at Myanmar are "crimes against humanity”; when she is the Prime Minister of the country. 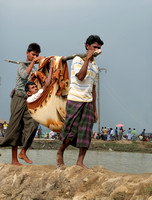 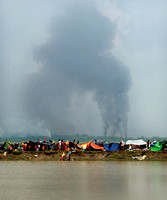