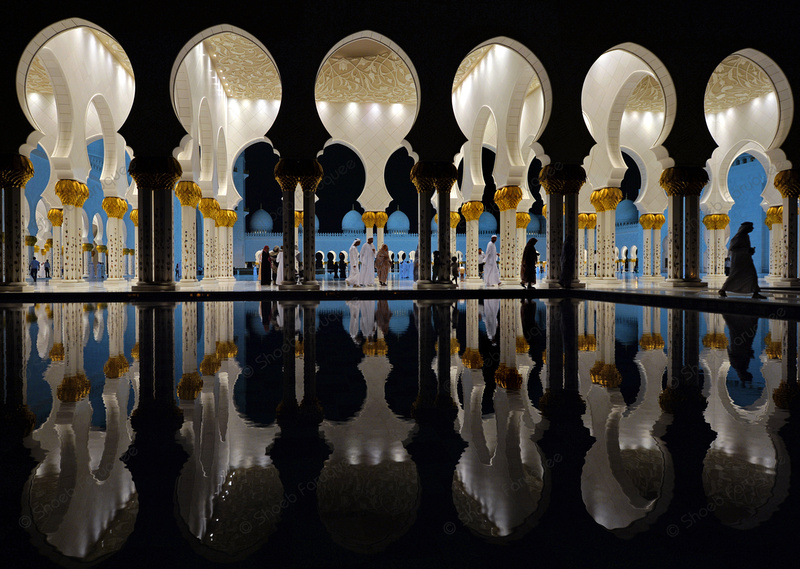 Visitors 71
57 photos
The majestic Sheikh Zayed Bin Sultan Al Nahyan Mosque is the most imposing religious and national landmark in Abu Dhabi. It is also arguably one of the most important architectural treasures of contemporary UAE society - and one of the most beautiful in the world .
It is the largest mosque in the United Arab Emirates and the eighth largest mosque in the world. It is named after Sheikh Zayed bin Sultan Al Nahyan, the founder and the first President of the United Arab Emirates, who is also buried there. The design of the Sheikh Zayed Mosque has been inspired by both Mughal and Moorish mosque architecture, particularly the Badshahi Mosque in Lahore and the Hassan II Mosque in Casablanca being direct influences. The dome layout and floor plan of the mosque was inspired by the Badshahi Mosque and the architecture was inspired by both Mughal and Moorish design. Its archways are quintessentially Moorish and its minarets classically Arab. The design of the Mosque can be best described as a fusion of Arab, Mughal and Moorish architecture.
There are four minarets on the four corners of the mosque which rise about 115 m in height. There are 57 domes covering the outside yard and the main building as well. The domes are decorated with white marble and the interior decoration is made of marble. The courtyard is paved with floral marble designs and measures about 17,000 m2.
The Sheikh Zayed Mosque made some world records:
The carpet laid out on the vast expanse is the "World's Largest Carpet" made by Iran's Carpet Company and designed by Iranian artist Ali Khaliqi.[4] This carpet measures 5,627 m2 (60,570 sq ft), and was made by around 1,200 weavers, 20 technicians, and 30 workers. The weight of this carpet is 47 tons – 35 tons of wool, and 12 tons of cotton. There are 2,268,000,000 knots within the carpet.
This mosque also holds the largest chandelier. There are seven imported chandeliers from Germany and are copper and gold-plated. The largest chandelier has a 10 m (33 ft) diameter and a 15 m height. 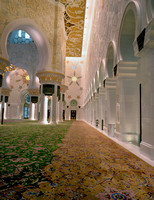 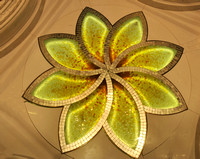 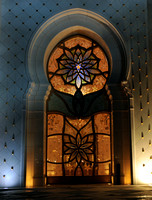